Salzburg - the sound of music

Salzburg is a truly special place, an open air movie set that the camera just loves. To prove this point The Sound of Music was largely filmed in the city and surrounding Alps - and for good reason, Austria’s fourth largest city is beautifully preserved, the baroque architecture, palaces, gardens and monuments having long ago turned it into a world heritage site.
Not only is it easy on the eye, it is also gentle on the ear. Salzburg is the birthplace of Wolfgang Amadeus Mozart and allusions to him are pretty much everywhere. Café Mozart, Hotel Mozart, the city of Mozart, Mozart concerts… you get the picture… and sometimes it may seem a bit over the top. In fact, this mixture of matinee idol looks and famous sons does have its drawbacks. In peak season, tourists seem to outnumber residents by five to one and it does create something of a Disneyland feel.
But there is no denying the pulling power or loveliness of Salzburg. Plus, it doesn’t just rest on its laurels. Salzburg has three universities which provide a strong student culture and youthful atmosphere. Mix this with its history and location and you have a special, yet fun place that is a must visit for anyone coming to Austria. 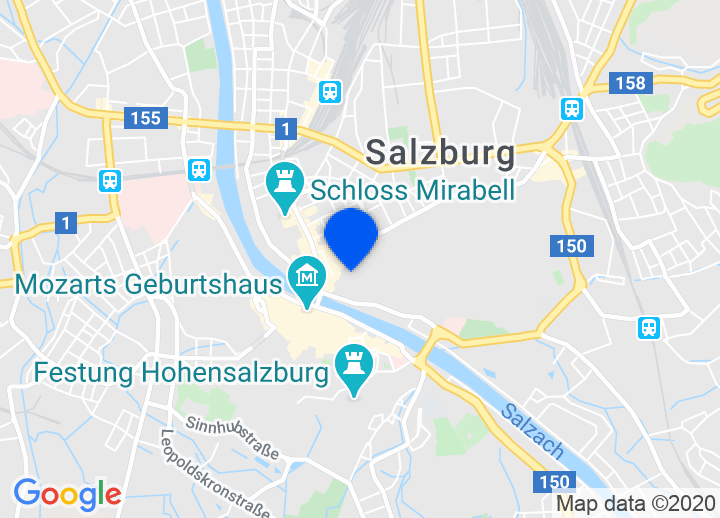 Choose from our selection of romantic and charming Salzburg hotels and accommodation by clicking on the map or list on the right. These will highlight a wide selection of Salzburg hotels, including romantic hotels, bed & breakfasts, boutique and design hotels amongst others. Whatever your taste, we’ll help you find that perfect getaway in Salzburg.

The old town, which is a World Heritage Site, is Salzburg’s ex-libris. Monuments to visit include the Cathedral (Salzburger Dom) Nonnberg Abbey and Hohensalzburg Castle, which is not only beautiful but also one of Europe’s largest castles.
Then, of course, there is anything to do with Mozart, including his birthplace, residence and museum. It will keep any visitor busy and delighted for quite a while.

Feel like going out somewhere different and exciting, dining in that hip new restaurant or just to enjoy a different culture? Then it´s time for a city break. Here are some great places to start.
Quero saber mais