Germany’s second city comes out top, or near the top, in almost any wellbeing or economic indicator you can think of - it packs a pretty powerful punch, so to speak.
One of the most livable cities in the world it is also, by most yardsticks, Germany’s wealthiest, a legacy of its thriving activity as a major international port and free imperial city of the Hanseatic League.
Being surrounded by water and lakes it also boasts more bridges (2302 - yes, that's right, over 2,000) than the might of London, Venice and Amsterdam put together. 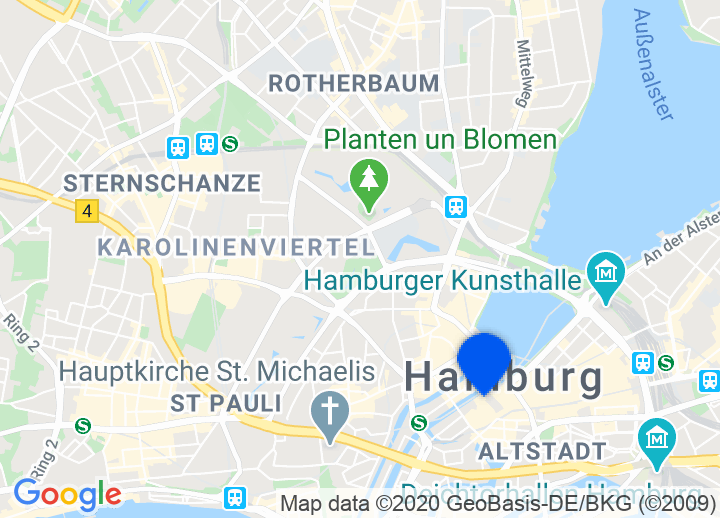 Choose from our selection of romantic Berlin hotels and bed & breakfasts by clicking on the map or list on the right. These will highlight our current selection of Hamburg hotels. Whatever your taste, we’ll help you find that perfect getaway.

Every Sunday in the early morning hours, night owls, tourists and early risers meet at the Hamburg Fish Market. Since 1703 there has been a traditional market where you can buy fish, fruit, vegetables, a variety of cheeses, clothes and furniture. At 9:30 AMthe market closes again and the hustle and bustle is over. After the busy morning, a delicious breakfast at a traditional pub or in a beautiful Hamburg café by the harbour is well worth it.

Hamburg - what to do

To the outside world, Hamburg is often associated with the hedonistic pursuits of St Pauli quarters and the seedy goings on of the Reeperbahn and port areas – a sort of sin city by the River Elbe.

That’s true enough – but the Germans themselves also look to Hamburg as a magnificent example of multiculturalism, creative dynamism and immense culture. This takes theatre and opera of the highest calibre to, of course, night spots where having a good time is the order of the day.

There is one standard where Hamburg sort of falls down on – don’t expect Mediterranean type weather! In fact the city is known for its light rain that can go on for quite a few days on end. But by goodness is it atmospheric.

So, take a tour of the city hall and the grand church St. Michaelis, the simply stunning architecture, old and new, visit the old “Speicherstadt” take a boat trip by the canal – and the night is all yours.